I've actually finished several pieces in the past few months. However, since I've been packing and trying to decide whether or not to continue blogging, you'll only be able to get a picture of the last one: 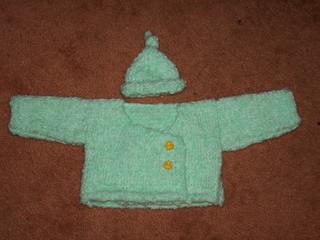 I made this set as a gift for someone that has been "trying" for a couple of months. Since I will be leaving for Maryland shortly, I wanted to get something finished for her, just in case she makes an announcement in the upcoming months. I wanted her to have something special just for a baby.

There's more general updateyness on the main site. Talk to y'all later.
Posted by: dlishtrish / 4:47 PM